On August 19, 2021, I received a call from my old friend Scott Boorey, manager of the Steve Miller Band, asking me if I was available to play a show two days later with the legendary Steve Miller and his incredible band.

Scott and I go way back to 1992, as he was one of the managers for the band, The Storm that I joined that year, and he’s also Gregg Rolie’s manager, so we’ve been working together on that since 1999. Additionally, he was the one who connected me with Dave Meniketti to record his “On The Blue Side” album, so as of this writing, in October of 2022, we’ve worked together pretty consistently for almost 31 years.

Of course, I was thrilled to be asked to play with Steve and fortunately, I was available and very grateful to have received the call (not to mention flattered!).

I was being asked to fill in for the great Gordy Knudtson (Steve’s drummer for the previous 33 years), and the show was to take place on August 21, 2021, at Jones Beach Amphitheater, in New York. 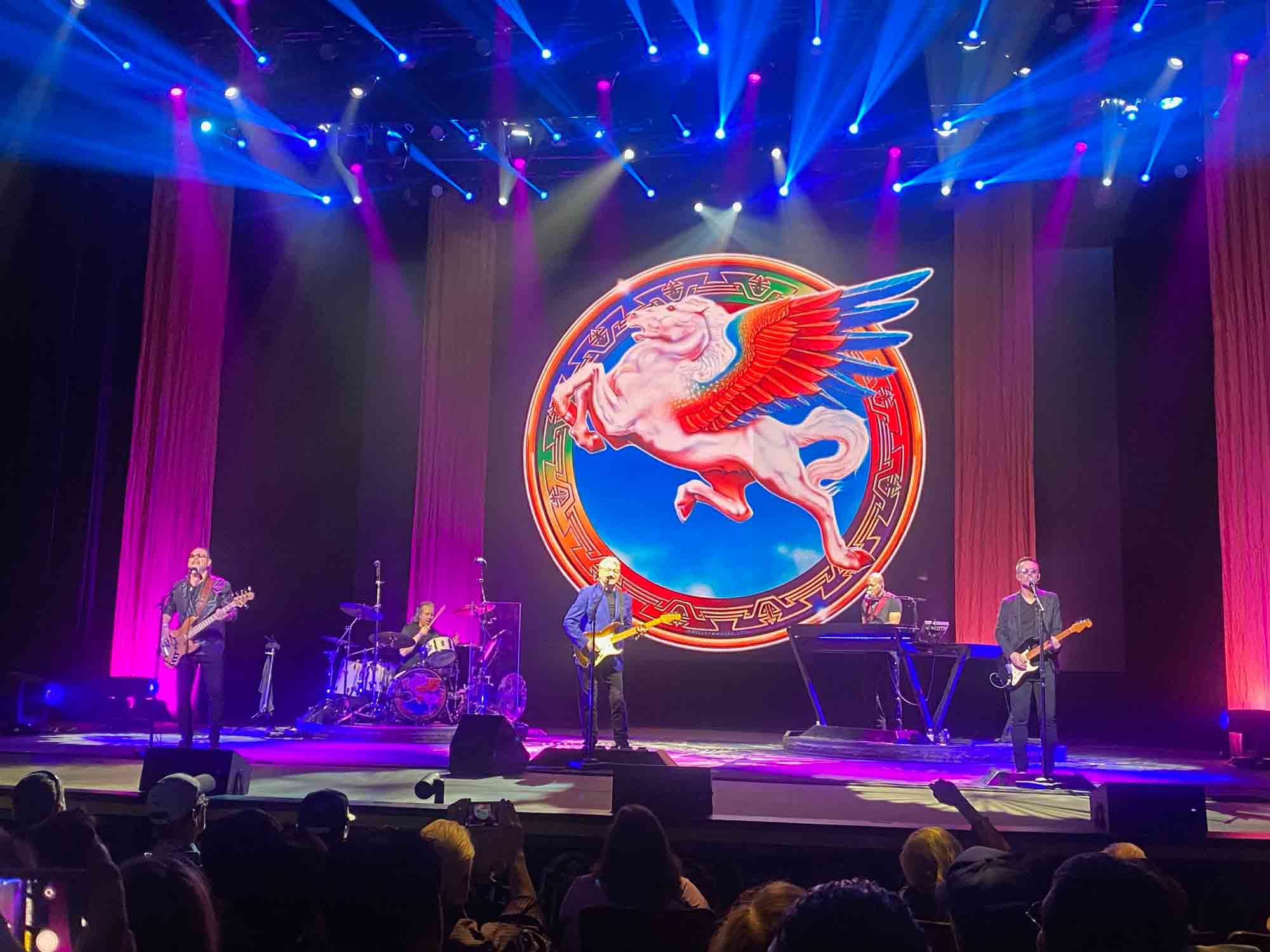 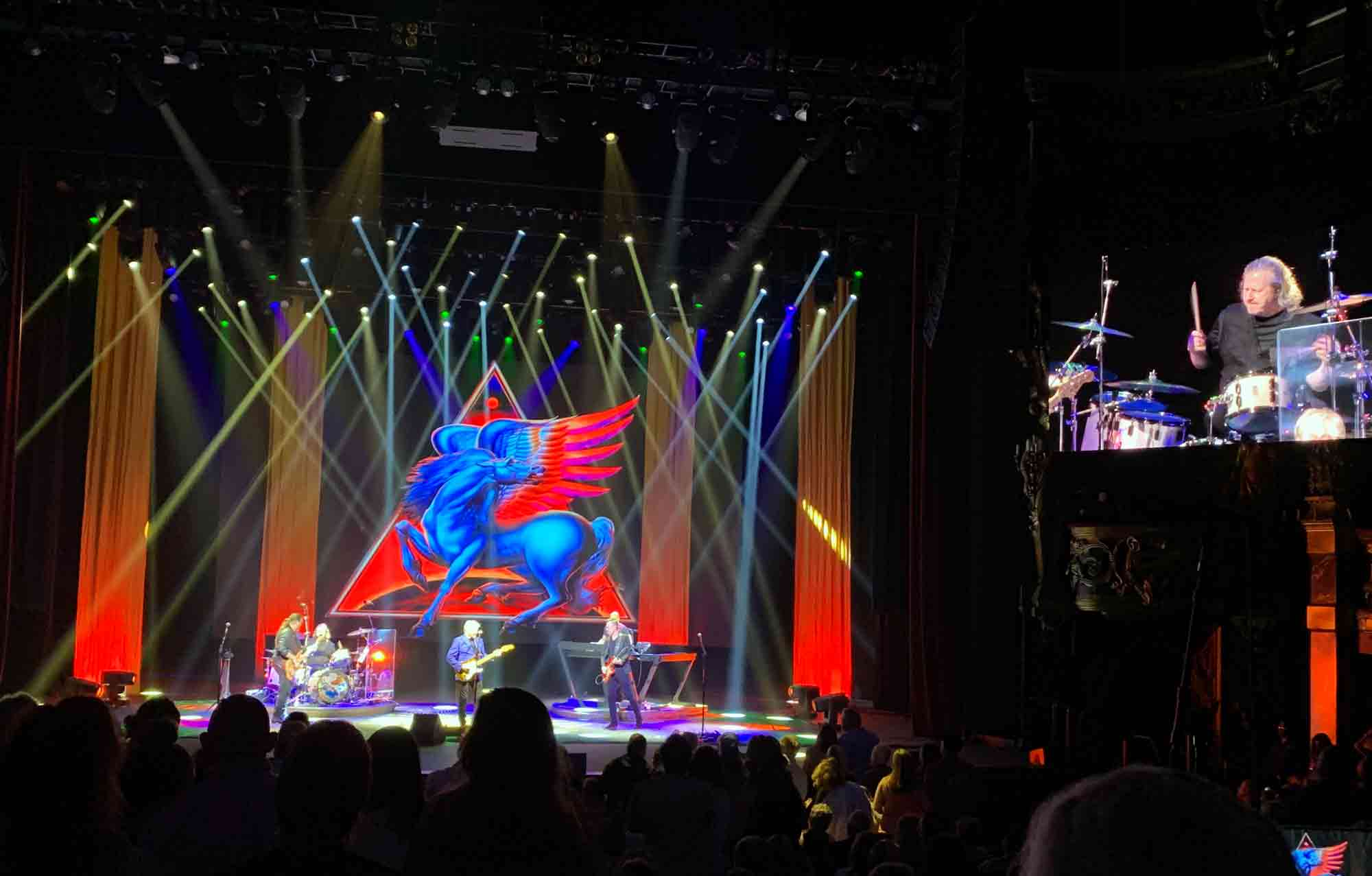 The event was a benefit concert called “Never Forget” and was being put on by the Tunnel to Towers foundation to benefit, honor and remember the amazing first responders to the 9/11 World Trade Center tragedy on its 20th anniversary. The show was filmed for television and was broadcast on 9/11/2021, 20 years to the day since the horrific attacks on 9/11 occurred.

Besides the Steve Miller Band, other acts on the bill included Journey (who closed the show, right after our appearance), John Fogerty, the Chainsmokers, Ann Wilson, Wyclef Jean, Lee Greenwood, Paul Reiser, Joe Piscopo, Gavin Degraw, an all star band led by GE Smith and Paul Shaffer, and many others.

All the acts performed abbreviated sets and in our case, we played 5 songs.

Since everything happened at the last minute, right after I got the call, I started learning the songs at home on the 19th, prior to flying to New York on the 20th and then doing the show on the 21st.

Luckily, after arriving in New York on the 20th, I was able to have a 40 minute soundcheck/rehearsal at the venue with the rest of the band that night, but unfortunately, Steve wasn’t able to attend that in person. He was however, able to be on a Facetime call with Scott while we soundchecked, so he was able to hear some of what we did and I got a chance to speak to him on the Facetime call briefly after we were done. I didn’t actually meet him in person though, until about an hour before we played the show the next day.

The band’s production includes drums that are already integrated into their system, so they’re configured with internal microphones and already wired up to their front of house and monitor systems. The monitor system actually includes personal mixers for each musician, which is fantastic, because it allows everyone to dial in what they want to hear very quickly.

Since I hadn’t used any of their gear previously, I had to spend part of the soundcheck/rehearsal getting familiar with the drums and monitor gear but thankfully, the crew was super helpful in getting me comfortable with all the gear and then Joseph, Kenny and Jacob, along with some of the crew guys, were extremely helpful in getting me comfortable with the music. And when I met Steve before the show the next day, he was also extremely gracious and helpful in familiarizing me with what we were going to do.

I was able to get acclimated to the gear and how they do things in the organization in record time thanks to such great group of people, all of whom are experienced and consummate pros. Everything runs like a well oiled machine and I was grateful to everyone for being so helpful and supportive so the show could go off without a hitch!

After that show, I was asked to join the band for two full length shows in early September, 2021. The first of those was in Seattle, at the Washington State Fair, in Puyallup, WA, followed by a show in Missoula, MT at the Kettlehouse Amphitheater.

After taking a hiatus of over 8 months, as things with the Covid situation and its variants settled down, we were finally able to start playing more shows beginning in May of 2022 and we were fortunate to have booked 35 shows for the year, which was considerably more than we thought we’d be able to do when the year started.

My understanding is that there are more shows planned for 2023, which will be the 50th Anniversary of Steve’s landmark recording, “The Joker”, so stay tuned for more to come! 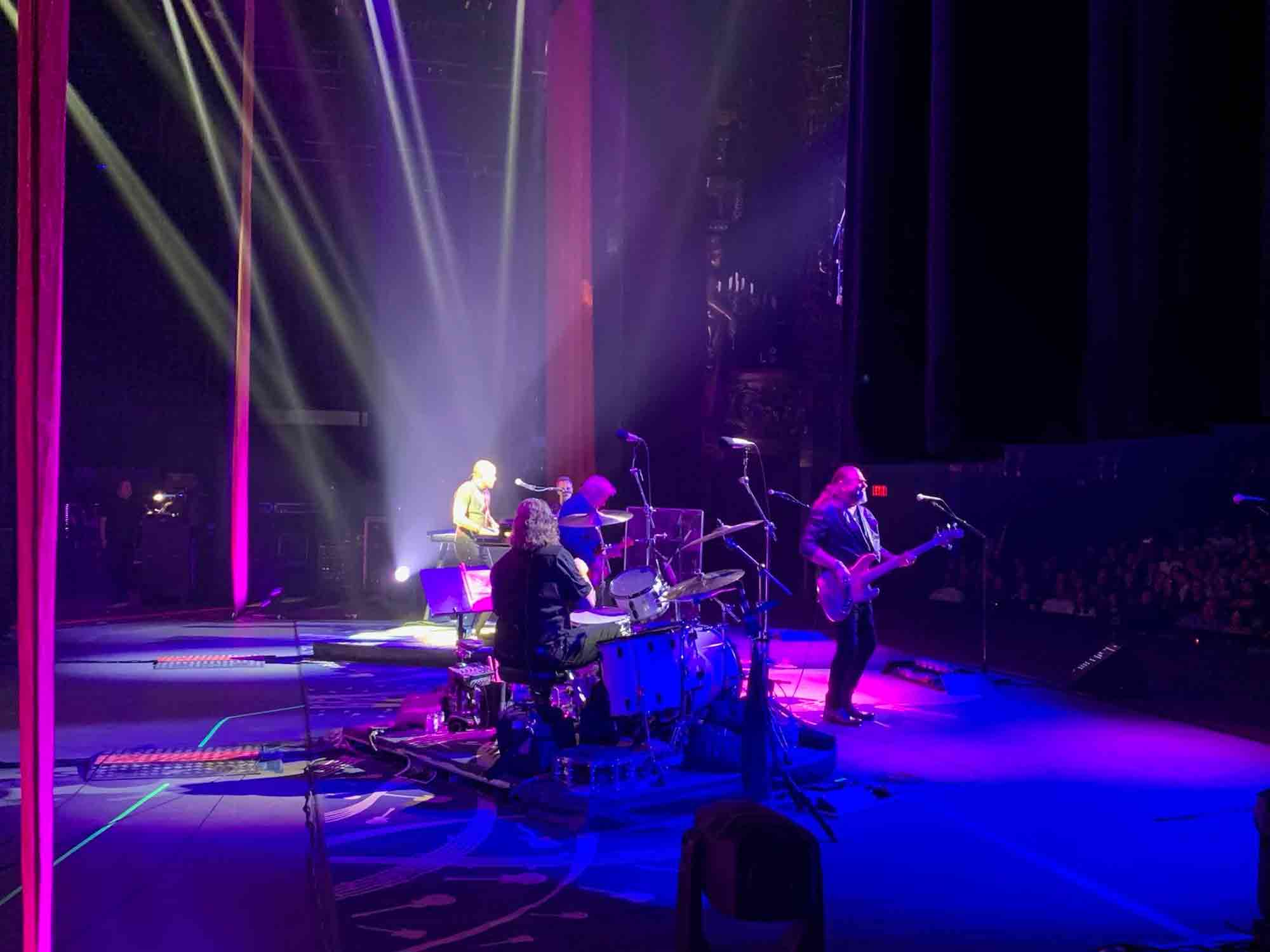 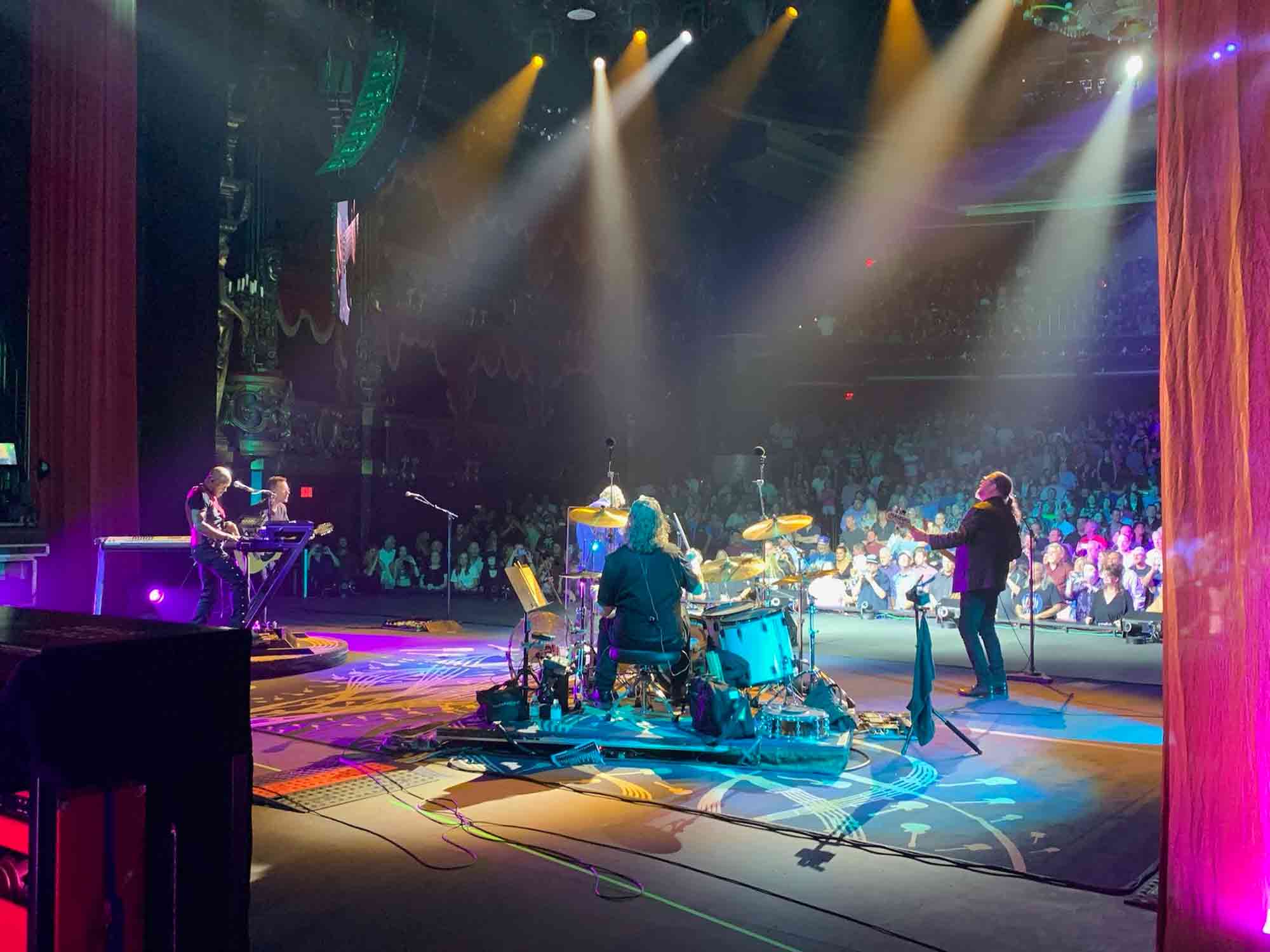 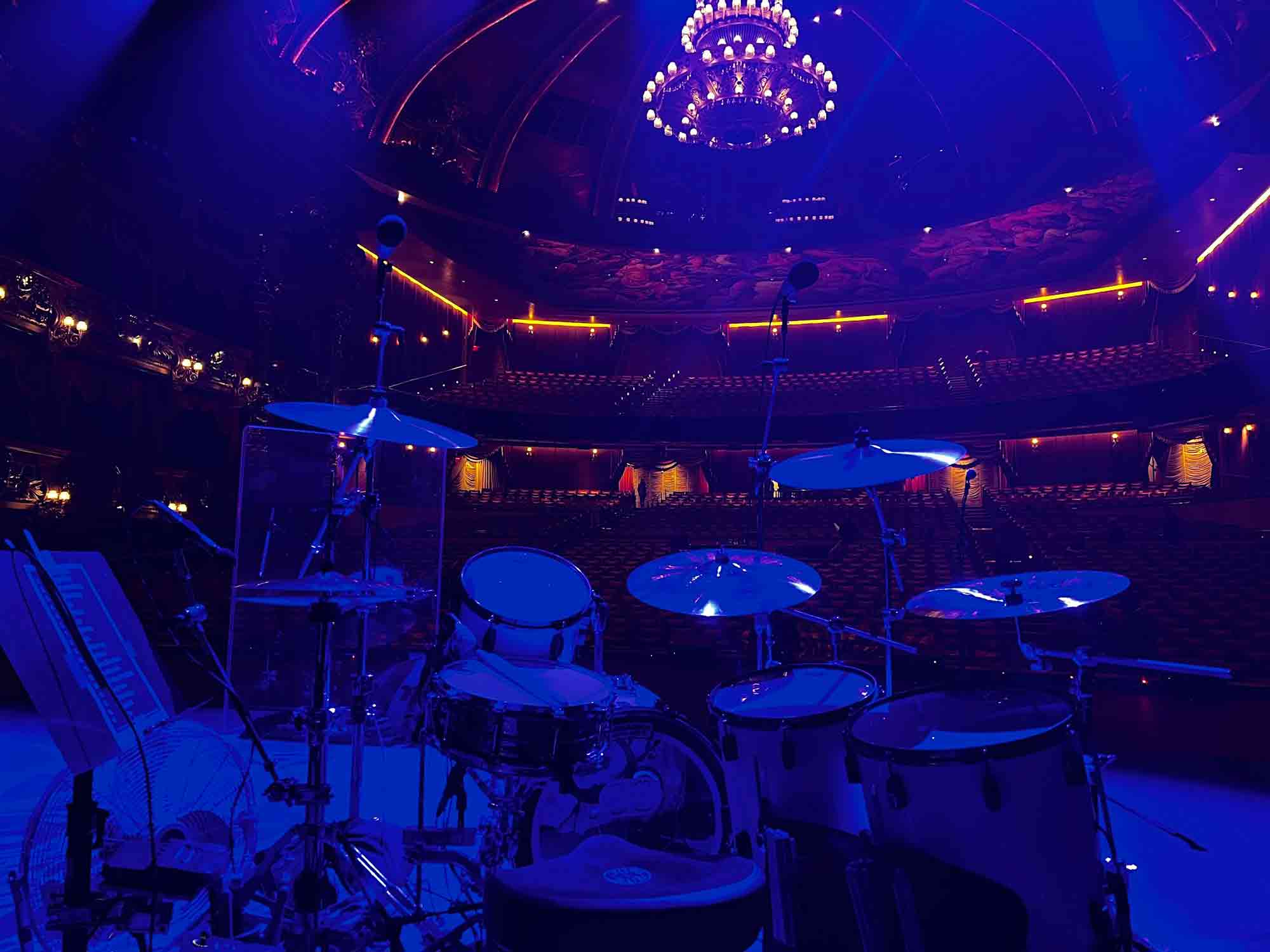 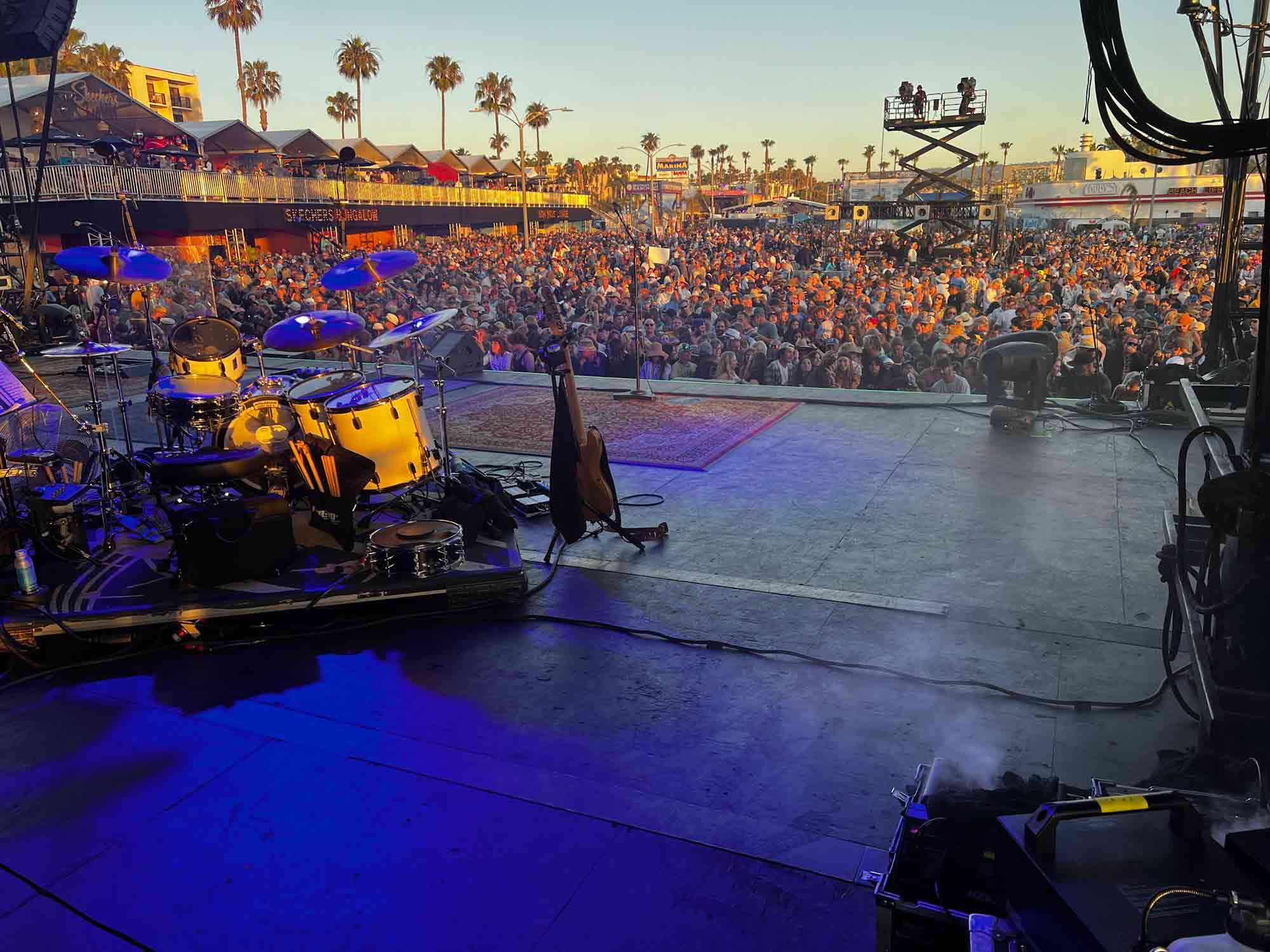