The Storm – Eye Of The Storm 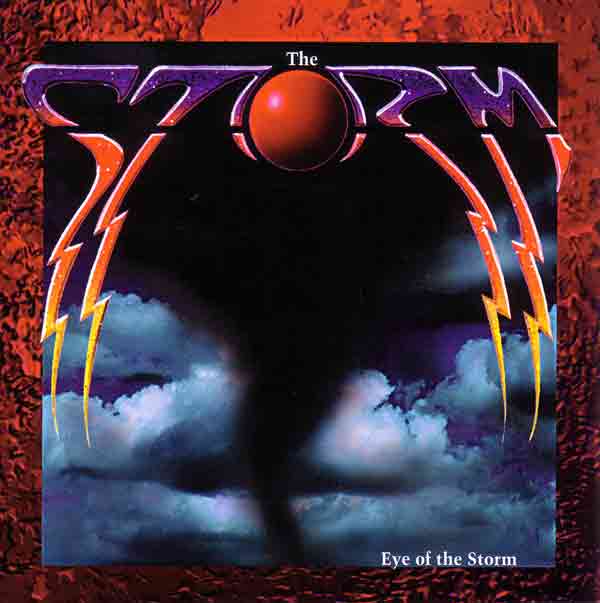 Engineered and Mixed by Nigel Green

Artwork by Kelly and Mouse

Here is a YouTube Music Playlist with all the songs from “Eye Of The Storm”:

Here is a Spotify Playlist with all the songs from “Eye Of The Storm”:

Don’t Give Up
Waiting For The World To Change
I Want To Be The One
To Have and To Hold
Livin’ It Up
Love Isn’t Easy
Fight For The Right
Give Me Tonight
Soul Of A Man
What ‘Ya Doing Tonight?
Come In Out Of The Rain
Long Time Coming

This record was recorded in the spring of 1993, at Fantasy Studios, in Berkeley, CA.

We enlisted the services and expertise of Nigel Green to produce, engineer, and mix the record. Nigel established himself as the engineer who worked on many huge records for world renowned producer, Mutt Lange, including some of Def Leppard’s biggest records, such as “Hysteria” and “Pyromania”, as well as Bryan Adams’s record “Wake Up The Neighbors”. Coincidentally, we had toured with Bryan in 1992, as part of the tour he was promoting that record on.

We started pre-production at our rehearsal studio, in Petaluma, CA, where we spent a week or two going over the songs, arrangements and some technical details, before heading into Fantasy Studios to record the tracks.

After all the recording was done, Nigel wanted to mix at Battery Studios, in NYC, so that’s what we did. Gregg, Kevin and I all went to New York for that and while we were there, we got to see Paul McCartney at the Meadowlands, in NJ, which was fantastic!

When we had the album done, we went to Herbie Herbert’s office, in San Francisco, where the band, along with Herbie and Scott Boorey, who were our managers, listened to all the tracks. I was fortunate to have co-written two of the songs on the album – “Waiting For The World To Change” and “Soul Of A Man” and after our meeting, it was decided that “Waiting For The World To Change” should be the first single from the album. Needless to say, I was elated!

Unfortunately, my elation was short lived because our label, Interscope Records decided not to release the album, which of course, was devastating news for us as a band.

We’d made the record for Interscope but unfortunately for us, they gradually turned into a rap/grunge label and since their focus had shifted, they eventually transferred the rights to the masters of this record to us, which allowed us to release it on our own. Scott eventually made deals to release it on three different boutique labels, in three different territories – Music For Nations, in Europe, Avex Trax/Bareknuckle, in Japan, and Miramar in the US.