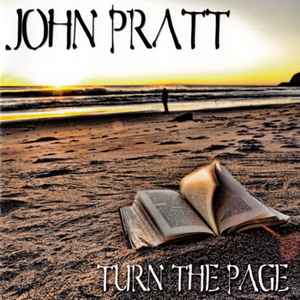 Here is a YouTube Music Playlist with all the songs from “Turn The Page”:

Here is a Spotify Playlist with all the songs from “Turn The Page”:

I’ve worked quite a bit with John Pratt over the years, including on three records for the band, “Firefly”, as well as various other projects.

When he decided to make this solo record, I was living in Austin, TX and John asked me if I’d be willing to fly out to Los Angeles to play on it for him, which of course, I was glad to do, and I was honored he thought enough of me to ask. It’s not like there are no good drummers in LA!

I flew out to LA, John picked me up, and I stayed with him at his beautiful home in the hills of Encino. We spent a little time going over the songs, and I made charts of everything before going into the studio to record them.

I was able to get the companies I endorse, Sonor Drums and Zildjian Cymbals, to provde the gear and we got set up at Validus Recording Studio, under the auspices of the extremely talented producer and engineer, Ryan Green.

Within a couple days, we had all of the drum tracks done and John spent some time after that doing overdubs with all the talented musicians who also appear on this record, all of whom I’m honored to have performed on this with.

Take Me There
Searching For The Answer
Turn The Page
Never Said Goodbye
Naivete’s Ball
Forgive Me
If What It Takes
Trust Your Feelings
One Silent Voice
I Will, You Won’t
Hold Me
Yin Yang
Still Here