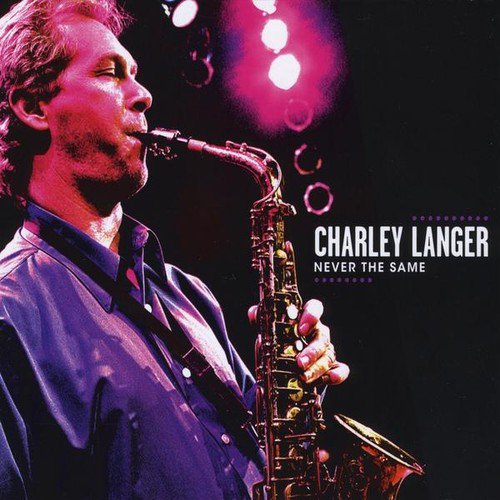 Here is a YouTube Music Playlist containing all the songs from “Never The Same”:

Here is a Spotify playlist with all the songs from “Never The Same”:

Charley initially contacted me through my website when he was looking for someone to play live drums on the songs he was working on, so when I first started working with him, that’s mainly what I was doing. Since Charley was in the Sacramento area, and I was living in the Los Angeles area, we worked by sending WAV files back and forth, which is something I’ve been doing now, since I first put my studio together in the late 1990s.

After sending him back the rough mixes of the tracks I did for him, he asked me if I knew any other musicians who could play on the record, and at the time, I was working extensively with the Gregg Rolie Band, so it made sense to ask Wally Minko to play keyboards, Alphonso Johnson to play bass, and Kurt Griffey to play guitar. Wally and Alphonso, in particular have an incredible pedigree in the jazz genre – Wally having played with Jean Luc Ponty for many years, and Alphonso having played with Weather Report, George Duke and many other jazz luminaries in his illustrious career.

As the project continued and evolved, Charley asked me to get some other musicians for certain parts and certain songs. Alphonso became busy with other things so I got Matt Bissonette to play on several songs, and I recruited Michito Sanchez on percussion, Tom Marino on Trumpet and Trombone, and Tom Evans on Tenor Sax…incredible musicians all!

I recorded most of their performances in my studio so essentially, I became the producer of the record as I engineered and oversaw what everyone was playing, and after each one, I would send Charley another rough mix. I guess he liked how those were sounding because when we were all done, he asked me to mix the record for him, too.

By that time, I had moved to Austin, TX, so I mixed it in my new studio there. And then, when that was all done, I took it to Jerry Tubb, at Terra Nova Mastering to put the finishing touches on it.

I’m proud of the way this record turned out and while I’ve played lots of jazz over the years, it’s not the genre I’m most closely associated with, or that I typically work in, so it was a lot of fun getting to stretch out and do this with everyone.